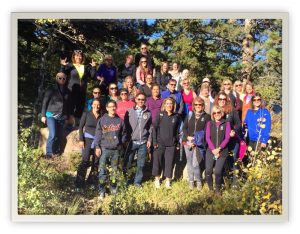 A group of us arrived at the bottom of Hermit Park, which is on the outskirts of Estes Park. The plan was to walk the two miles up to the top of Krugers Rock. This was an UPtime activity for the Hands & Voices Leadership conference. 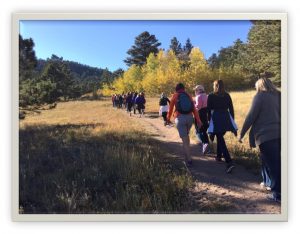 It started out easy, with a walk through a meadow. By the time we reached the first summit a mile and half later, some were satisfied and started their way back down. I was amazed at the views and spent some time taking pictures and soaking it all in. 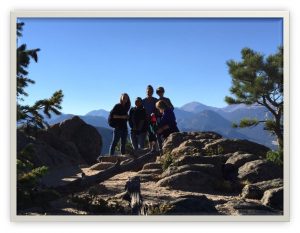 Molly and I were among the last to head up to Krugers Rock. We weren’t sure if we should even attempt the climb as the time was running out and we would risk being stuck on the trail in the dark. We were slightly out of breath and definitely out of shape for the climb, but we had some energy left.

And we had a mission: we wanted to go to the top and see that spectacular view! 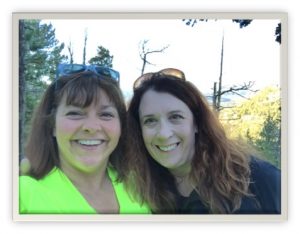 We decided to go for it.

The trail became rockier, but as we passed people coming down, they urged us to continue as the view was “beyond amazing.”

But for Molly and I, the climb was not easy. We were inexperienced Midwesterners accustomed to flat ground. We had to stop to catch our breath. The air was becoming thinner the higher we went up. And the sun was starting its descent. Would we make it before dark? During one break in the climb, we tried to decide if we should turn around and head back. 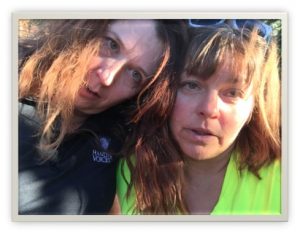 “I think we will regret it if we give up now,” one of us said.

So we kept going.

Then we got lucky. We connected with an experienced climber who was on the way down. Lynne Canales offered to guide us. She knew the path well. 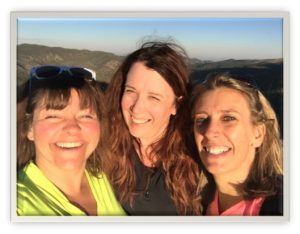 A guide made all the difference. Her knowledge and guidance made it easier for us to navigate the last of the climb.  The closer we came to the summit, the more excited we became. The energy of being on the right path and so close to success simply fueled us up the last of the switchback paths.

We helped each other through the last, narrow path. 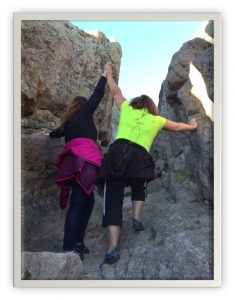 We reached the top together and the view was spectacular. Three hundred and sixty degrees of mountains and Aspen groves.

And when we made it to the bottom, the sun was gone and we walked through the meadow in the dark.

But we were elated. The hard climb was worth it.

At moments here and there on our way up to the top, Molly and I talked about how climbing the mountain was like our journey–of raising deaf and hard of hearing kids and working with families through Hands & Voices–and all the ups and downs we encountered over the years.

Here are some of the lessons:

The beginning is easy. You have a goal in sight and a mission to accomplish it. You’re fueled by enthusiasm and excitement. Everyone starts out in the same place.

When the climb gets tough, you’re tempted to give up. This is the messy middle. The hard stuff.

At times, you will think you can’t do it.

The fear of the unknown or imagined fears will slow you down or keep you from your goal.

The path will twist and turn. At times, you think it’s never-ending.

An experienced guide can make a huge difference. Wisdom and encouragement from those who’ve “done it and been there” can change your own experience.

Success means something different for everyone. The first summit can be enough. Or halfway. Or the top. Only you can determine what success means to you.

And the best lesson of all?

The journey is meant to be enjoyed.