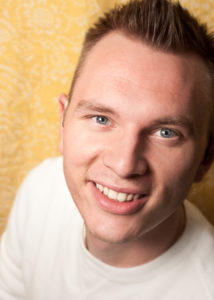 My name is David Cluff and I am deaf, and this is my story.

In March of 1993 I was born with a virus called Cytomegalovirus, which is known as CMV. This virus has many side effects and doctors thought I might not survive. I was born pre-mature and despite what doctors initially thought, I was born healthy. I was welcomed by loving parents and would eventually be the oldest of four children.

My childhood was not like most kids growing up. At age three I was diagnosed with hearing loss and fitted with my first set of hearing aids. At age six, I woke up one morning and any hearing I had the night before was completely gone. Just like that, something that I cherished so much was gone. My world had changed in a matter of moments. I felt broken, unsure, and I missed the way things used to be.

Shortly after losing all my hearing, I was given the option to receive a Cochlear Implant. After lots of prayers and help from family, friends and people I hardly knew, I got my first Cochlear Implant in October of 1999. Shortly after recovery, I got the Cochlear Implant turned on–and very quickly, my ability to hear my parents, my own footsteps and the water running was restored. 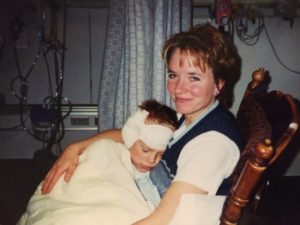 Did that magically make everything perfect again?

Rather, it was the beginning of a journey of faith as I re-learned to hear the world around me. It was like a matching game of “what sound goes with what.” As the years went by and after a major move to the great city of St. Louis, Missouri, I was given another opportunity to receive a second Cochlear Implant for my left ear. It was my dream to hear with two ears again. I was once again faced with the challenge of re-learning to hear. Hearing with two ears is not the same as hearing with one.

Back in 2007, I was working closely with my surgeon, Dr. Hullar, on a five-year research study. He became a good friend and a great mentor to me. During one of the meetings in his lab he overheard my parents and I brainstorming on what project I should do for my Eagle Scout rank in Boy Scouts (BSA). Dr. Hullar knew my background in computers and said, “Why not build a website for deaf teens like yourself?” It was like a huge light bulb went off and I found something to be passionate about. Before I could actually start the project I had to get it approved by the BSA board. I was nervous as I really wanted to do this project no matter what and being able to do it as my Eagle Scout Project would make it more meaningful. The board members approved the project.

The project began and I was no longer alone on the website as teens from around the world joined in to help me. Out of all the teens, I created a group of key team members to help manage the project. Team members included JoEllen from Tennessee, Lesley from Texas, Josh from Missouri and Lissa from the United Kingdom. All of them are deaf and use cochlear implants and/or other hearing devices. I could never have done it without their support.  We did not only build this website together but formed friendships. We also had community professionals volunteer their expertise in graphic design, web design and more! It was amazing!  In 2012, I decided to put everything on hold and serve a two-year church mission where I was able to meet and help so many people. Upon my return home in 2014, the servers for deafteens.org had failed and it was lost. As devastating as it was, it was a great learning experience for me.
After months of working on a website design, logo work, and building content, deafteens.org became LIVE once again in May 2016. It was a thrilling moment as I sat with my wife and we launched the website to the public once again. This project is one of my biggest passions. At one point I thought, “I am no longer a teenager, so maybe I need to put it on the shelf.” But, as we can see, it did not stay on the shelf for too long. It was always on my mind and I knew I needed to bring it back.
Because of Dr. Hullar’s mentorship, I developed a confidence that I can do anything. Deafteens.org has become a huge passion of mine as I want to help others, especially teens, gain support to reach their dreams. 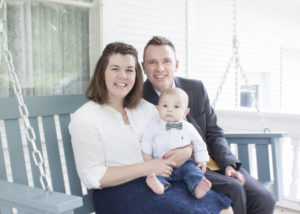 Today, I am happily married to my best friend and a father to an energetic 8-month-old boy. Even as an adult, I am still learning to hear the world around me and cherish every moment I can. I have come to realize that life isn’t supposed to be perfect; rather, it is like a puzzle. When you get a puzzle in a box or bag you now have the choice to either put the puzzle together or let it sit on the shelf. My challenges came like a bag of puzzle pieces. So many pieces that it often felt like it would take years to put each one together to match the master photo. Yet, I had a choice. Am I going to let it sit on the shelf and let my challenges hold me back or am I going to do my best to put the puzzle together? Once completed you see the whole picture; but notice how there are lines going all over the place from each puzzle piece. It is not seamless at all, but it is also not broken. That is like life. We are given pieces of a puzzle and with time, we come to see the masterpiece.

My master puzzle is still in the works and I am seeing parts of it coming together–and that is when I know that everything is all right and that everything will work out. 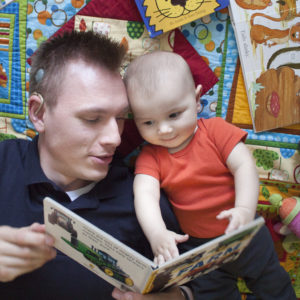