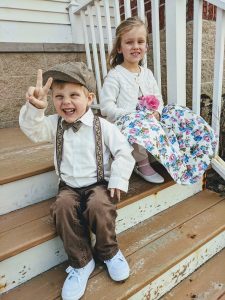 One of the big questions researchers have in the D/HH and autism world is, how do you tell the difference between hearing loss symptoms and autism symptoms? As a mom of a child with a severe hearing difference and a child with both mild autism and a mild hearing difference, I have gotten to see first hand what some of these differences may look like. I am in the process of earning my doctorate degree in clinical audiology at the University of Wisconsin-Madison. I am also a family trainee in the Wisconsin LEND Program (Leadership Education in Neurodevelopmental and Related Disabilities) at the Waisman Center, where I have learned about different developmental disabilities in children. I was recently trained through LEND on how to administer the ADOS. I have friends who are D/HH and friends who are on the autism spectrum. I can tell you for certainty that narrowing down the symptoms of hearing loss and the symptoms of autism is no walk in the park, and requires the subjective feedback from both parents who know the child best and the objective analysis of trained professionals. 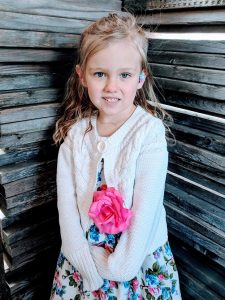 In 2012 when my daughter Lauralee was born, she failed her newborn hearing screening. Right away, we were whisked into bimonthly audiology appointments. Being music teachers at the time, my husband, Justin, and I were concerned not only about her ability to enjoy music, but her ability to gain access to language and literacy. If you can’t hear, you can’t speak. If you can’t speak, you can’t read. If you can’t read, then just about every subject that crosses your path is affected. (Who cares about aspirations of Julliard!) Learning to talk, read, then write affects every single subject in school. Lauralee was not officially diagnosed until 6 months old. She did not get her first pair of hearing aids until she was 11 months old. We were worried about her language development.

Lauralee has always been very alert and interactive. She has always made good eye contact and loved to play. She is goofy and is such a joy to be around. Even though she did gain the stereotypical “mama and dada” babble in the first few months, she mostly talked with her facial expressions. I decided to get the Signing Time DVDs, and she and I soaked-up sign language. It was like we had our own “secret language”. I always felt like we had a deep connection. Sometimes, I seriously questioned whether she was truly deaf or if it was all a big mistake! 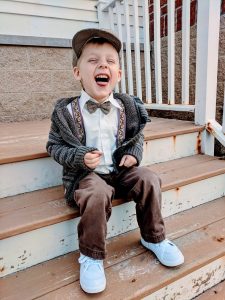 In 2014 (right after I started my path to audiology), we had our son, Oliver. He was such a beautiful baby and I was ecstatic to find out he passed his newborn hearing screening. Even though he had a short NICU stay after he was born, he ultimately seemed healthy in every way. When we brought him home, right away I noticed he was a little different from Lauralee. He was fussier and cried a lot. I chalked it up to being a different personality. Besides, I was a fussy kid too! I’ll never forget, at around 7 weeks, I was holding Oliver in my lap attempting to do face time. He would not look at me nor smile. He seemed so disconnected. I would force my face into his gaze until I got a reaction. But ultimately, I did not connect with him like Lauralee. I felt guilty.

When Oliver was about 3 or 4 months old I started subbing at a local daycare. Oliver stayed in the infant room while Lauralee was in the 2-year-old room. Lauralee was immediately the “favorite friend”. Kids would follow her around because she was so expressive and out-going. She caught-up academically and knew all her letters and sounds by the time she was 3. Oliver, on the other hand, was making minimal progress. He had little ticks like “twinkle hands” when he was curious, leg tensing and screaming when he was excited, and head shaking when he was bored. He did not learn to sit until he was over 10 months old.

When Oliver was around 12 months old, I contacted birth-to-3 about my concerns. He started receiving OT services right away. Weeks went by and Oliver did not learn to walk. He resisted every idea the therapist had. One night while crying my eyes out, my husband told me about this place called the Wisconsin Early Autism Project. I doubted autism because Oliver was gaining language and had okay eye contact but I went along with the idea just in case…

Two summers ago, I realized Oliver was saying “what?” a lot. Sometimes he would ignore me all together. He had not yet started autism therapy, and I wondered if it was his hearing. On a last ditch effort to prove it was NOT autism but something else, I asked my professor if we could test him. She agreed.

Testing day was a nightmare and an absolute embarrassment. Oliver screamed bloody murder in the sound booth and was ultimately untrainable. We waited six months and got a few frequencies. We waited another couple of months and got a few more frequencies- my professor is amazing! Ultimately, it looked like Oliver DID have a mild hearing loss in one ear (which newborn screenings do not catch). (YESSS!) We confirmed objectively through ABR over the summer. Even though he had a mild loss, my professor made the point that the loss would not affect his language development nor his behavior. The autism diagnosis stuck. (Darn.) 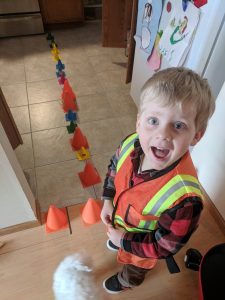 I have finally come to terms with Oliver’s diagnosis. I don’t know why it took me so long. Maybe because there is a stigma about autism or a stigma about children with “poor behavior”. Lauralee made me feel like an amazing mom. Oliver challenges me every step of the way. Looking back, there’s no doubt Oliver has the right diagnosis. And to tell you the truth, he’s a good little boy.

Both autism disorder and hearing disorders are a spectrum. Every case is different. Someone could have the exact same audiogram as Lauralee but be affected more. There is so many intricate connections between the peripheral hearing system and the cortical synapses in the brain where hearing and cognition happen that something could go haywire at any point along the auditory pathway. Some one could have mild autism like Oliver but have a completely different set of abilities or behaviors affecting everyday life. Because of all these factors, it’s hard to truly come up with a set of “symptoms” that separate autism and hearing differences.

Maybe rather than separating the disabilities as two separate entities, maybe hearing loss is a symptom of autism. Autism on a basic level is caused by sensory wiring differences in the brain. There have been several studies showing the autistic auditory pathway is wired differently from the neuro-typical pathway. Perhaps hearing differences, whether peripheral or cortical, are a common symptom of autism. But the social insufficiencies that are commonly associated with autism do not translate to a person with deafness.

People who are deaf but given adequate language access through sign or otherwise, develop socially normal. Yes, a person may have to grab their attention differently but ultimately a deaf person is very socially aware. Autism can make a person seem “deaf” because they lack social cues like eye-contact and quick verbal responses. Neuro-typical people with deafness do not lack these social differences when given the chance to communicate. You can see it clearly in my children, but we are only one example on the entire spectrum.