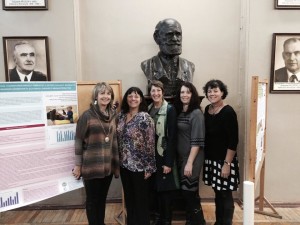 In July, 2014, Hands & Voices (H&V) was awarded a grant through the US-Russia Peer-to-Peer Program Grant administered through the U.S. Embassy. With over 240 applicants, Hands & Voices was one of only 26 selected. The grant was written in partnership with the St. Petersburg Early Intervention Institute (EII).

The goals of this project seek to expand the knowledge and experiences of parents of children who are deaf and hard of hearing as well as the professionals who support them, and to share cultural perspectives and recommended practices in early intervention and parent to parent support–with the aim of improving services and child outcomes. The Partnership is based upon cultivating a parent to parent organizational system that provides emotional support, information dissemination, and modeling. The partnership is focusing on three distinct activities: translation of materials, direct exchange of knowledge and fostering of relationships through on-site visitations, and online exchange of knowledge and experiences. 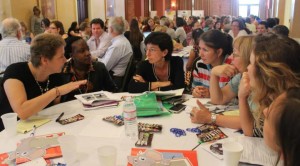 The study visit to the U.S. by the Russian parents and professionals included an opportunity to attend the Hands & Voices Leadership Conference in Savannah, Georgia from September 19-21st, 2014. An additional day of exchange to forge partnerships between the two groups was included immediately following the conference. While parents have the most expertise about the reality of raising a child who is deaf or hard of hearing, they are rarely given the opportunity to be trained to be meaningful participants in the systems which serve them, especially regarding the unique language, communication, emotional, and educational considerations associated with hearing loss. The 11th Annual H&V Leadership Conference is a two-day training that enables parents and professionals to increase their advocacy skills and understanding of the systems they seek to improve. Professionals and deaf/hard of hearing community members also attend to learn about parent-perspectives on the systems they represent. This conference was able to create a platform of training from which the Russian partners participated, interacted, and learned from the H&V leadership attending. They were also contributors and role models for the U.S. and Canadian participants in the work that this group is doing in Russia. 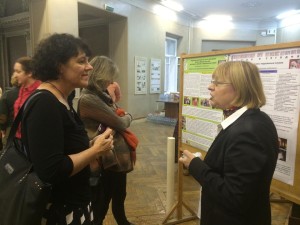 The participants from the U.S. then traveled to St. Petersburg to attend and present at the “Communication, Sound, and Light” conference, October 20th – 23rd, 2014, at the Pavlov Institute of Physiology, Russian Academy of Sciences. This Institute is dedicated to the memory of Ludmilla Chistovich, Valerij Kozhevnikov and Andrey Popov. The laboratories of Ludmilla Chistovich and Valerij Kozhevnikov specialized in speech perception. Beginning in 1960,they worked in close cooperation with researchers from the U.S. (e.g. MIT), Sweden (e.g., Kungliga Tekniska Högskolan, known as KTH or the Royal Institute of Technology), France, Germany, Japan, and the U.K. These connections and friendship helped to start early intervention programs in Leningrad/ St. Petersburg in the late 1980’s to early 1990’s.

A parent workshop was held in St. Petersburg with over 35 parents attending. The U.S. team shared insights into the parenting journey and the building blocks of establishing parent-to-parent support. Karen Putz, one of the members of the US Team, also was able to enjoy a dinner out with several deaf moms and an evening of performances at the St. Petersburg Deaf Cultural Center – bridging and building relationships among other Deaf adults. She discovered it was rather easy to pick up Russian signs and vice versa.

As the team shared a dinner together on the last night in St. Peterburg, spirits were high, and you could feel the good energy at the table. After the Russian team had been to the U.S., and now our U.S. team had just spent a week in St. Petersburg – we were familiar with one another and enjoyed sharing our hopes and dreams for our children who are Deaf/HH. We were celebrating our week of hard work and what was to come.

The waiter approached the table with a bottle of vodka. It had been sent over by four gentlemen who were sitting nearby. One of the men approached us and made this speech: “I can see that your group is working well together. I am so moved by this exchange and the feeling that you are working together between U.S. and Russia. I want you to remember when you go home, that the Russian people are very interested in collaborating with U.S. Do not believe everything you hear on TV. I honor and toast to what is happening at this table right now.“

He was very emotional as he gave this speech, and those of us at the table felt the impact of what this project was producing–not just for our organizations and for our mission of improving the lives of Deaf children and their families–but that the opportunity for us to work together is building bridges beyond this grant. That we as human beings must bridge the gaps wherever we go – to stay focused on our common themes and common experiences.

The Russian – American exchange of families who have children who are deaf and hard of hearing will continue their collaboration by on-going peer-to-peer discussions and support throughout the partnership via live webinars connecting families during the partnership. 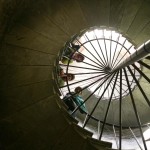 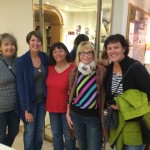 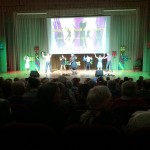 Deaf performers at the Cultural Center in Russia 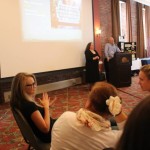 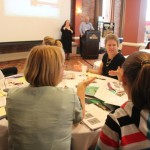 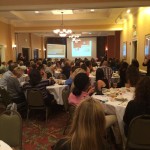 1 thought on “The U.S./Russian Partnership: Supporting Families with Deaf and Hard of Hearing Children”